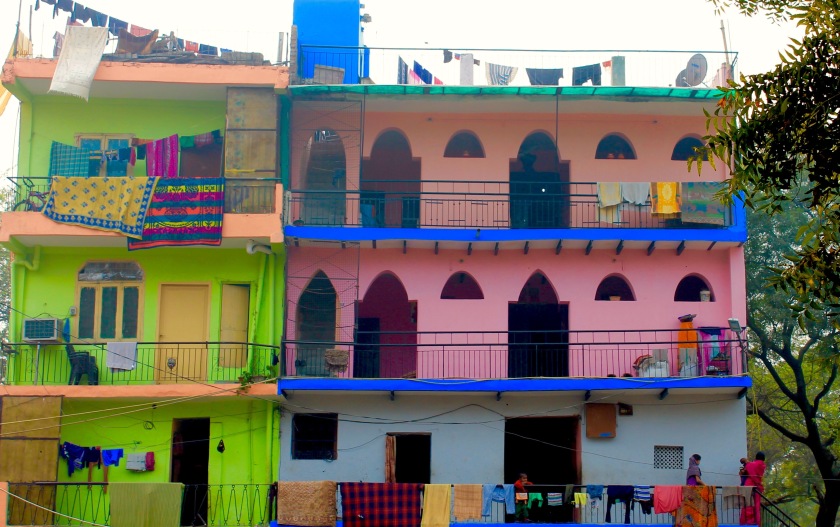 My mate Akash told me that I had to visit Hauz Khas Village when I came to India, so I did and here’s what I found…

Get the Metro (yellow line) to Hauz Khas metro station, this cost me just 18p each way. Then get a tuk tuk as the walk is a little long, and not a particularly scenic one. Don’t pay more than 50IR to get to Hauz Khas village. If you must walk, just follow the road round to the left and I reckon it’d take 30 – 40 minutes.

The street food is plentiful and varied here, each district seems to have different dishes (so try them all). The prices are very cheap but go to the busiest stalls, they’re busy for a reason. And watch how much the locals pay so you don’t get given the tourist (higher) price. If you fancy something familiar there’s peri peri chicken, burger joints, pizzerias and crepe shops in Hauz Khaz, there is a definite European influence here, plus it’s one of the more affluent districts. There is also a Starbucks if you’re having withdrawals. Everyone in there was a loud American student… 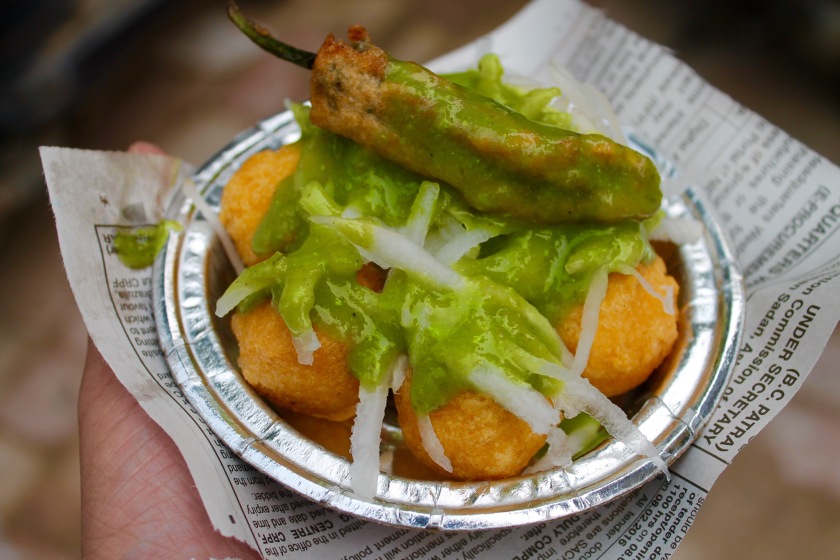 Not sure what it is, but it was 30p and damn tasty! 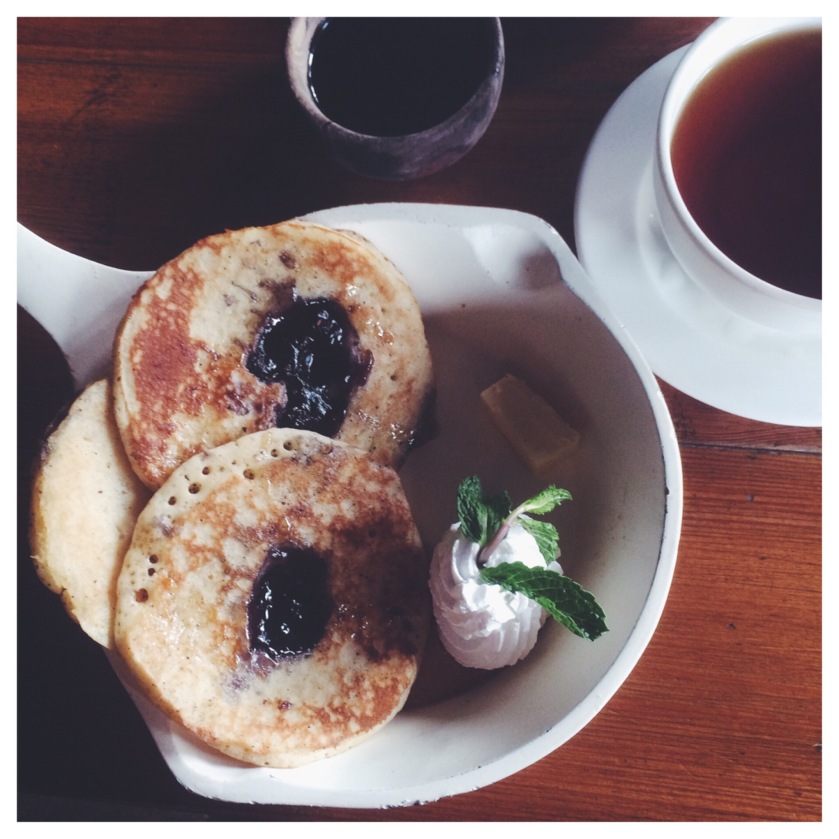 Hauz Khas is one of the few places in Delhi where drinking is ‘a thing’ – they openly advertise alcohol deals – cocktails, buckets, beers for 70 IR (70p). The coolest spot to drink is definitely Hauz Khas Social, it’s full of the young and the hot (thanks to an exclusive door policy) and has an extensive cocktail list. Plus it overlooks a beautiful lake, plays pretty stellar music and does some great food too. I had some blueberry pancakes as finding sweet food in India is hard! It’s a little hidden away so ask someone to point you in the correct direction or you’ll probably walk right past it. 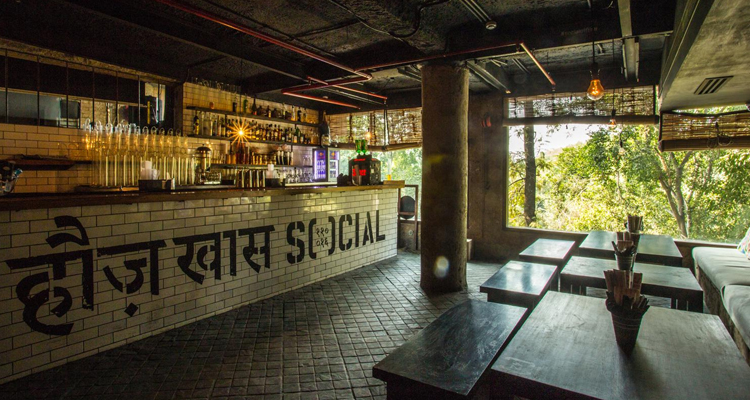 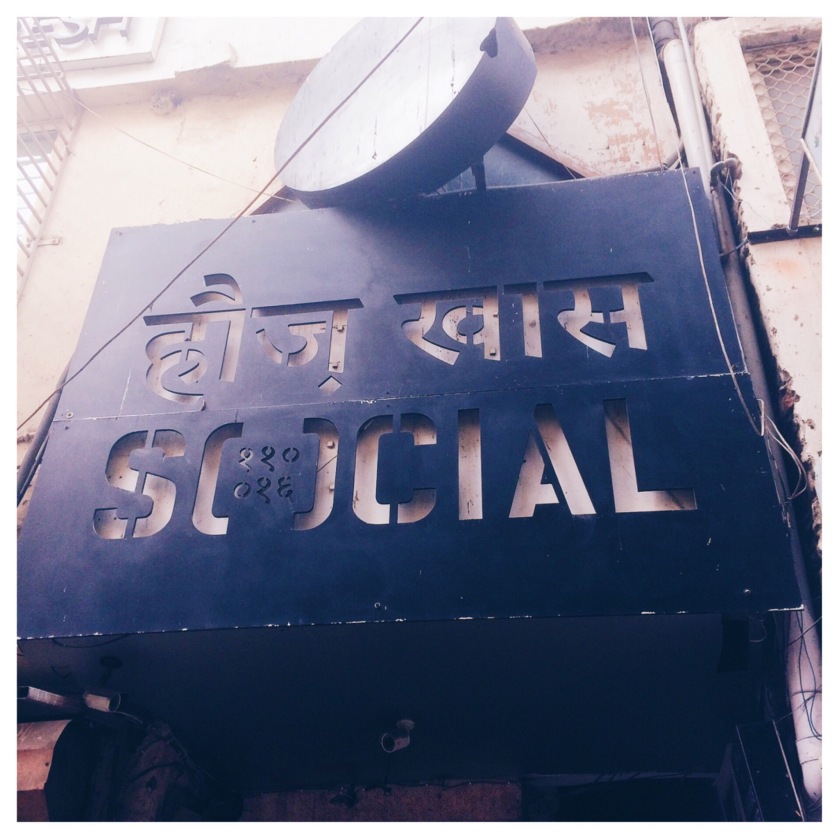 Visit the old Madrasa – it’s free! Established in 1352, the Madrasa was one of the biggest and best institutions of Islamic learning anywhere in the world. It’s a majestic, sprawling complex of pavilions, winding staircases and secret alcoves overlooking a beautiful lake – which is actually a reservoir. This is where all the teens and young Delhi kids come to snog in dark corners. It’s so weird to me as a Brit to visit a relic or historical site and see people climbing all over it, smoking, chilling on dangerous ledges. If the Madrasa was in the UK there would be rope and ‘Keep off the grass’ signs. It’s a cool place and I felt like Indiana Jones navigating the ruin. 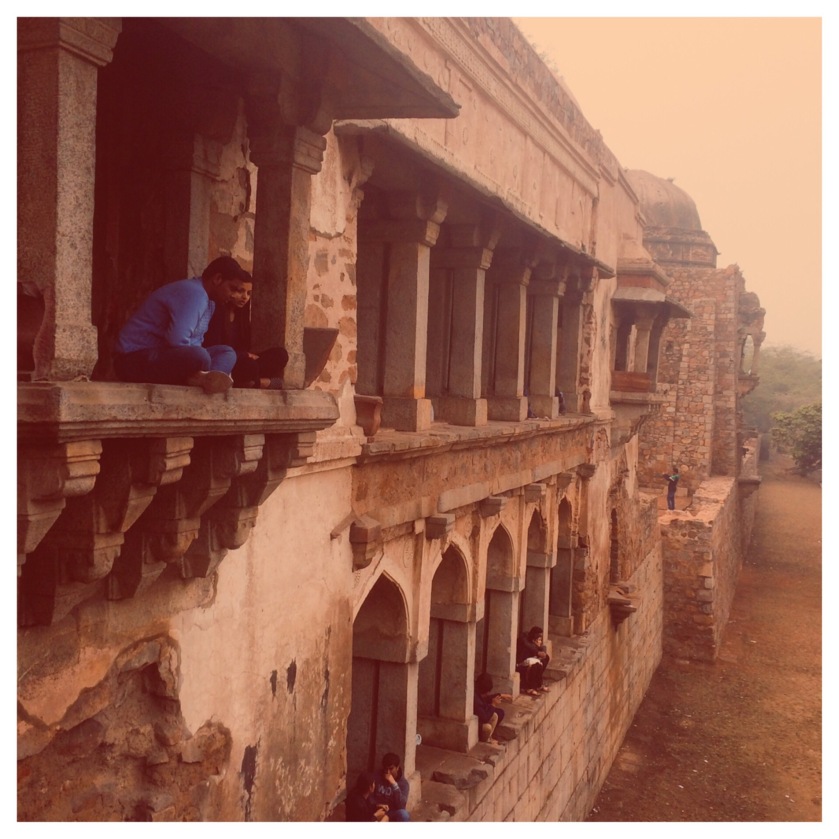 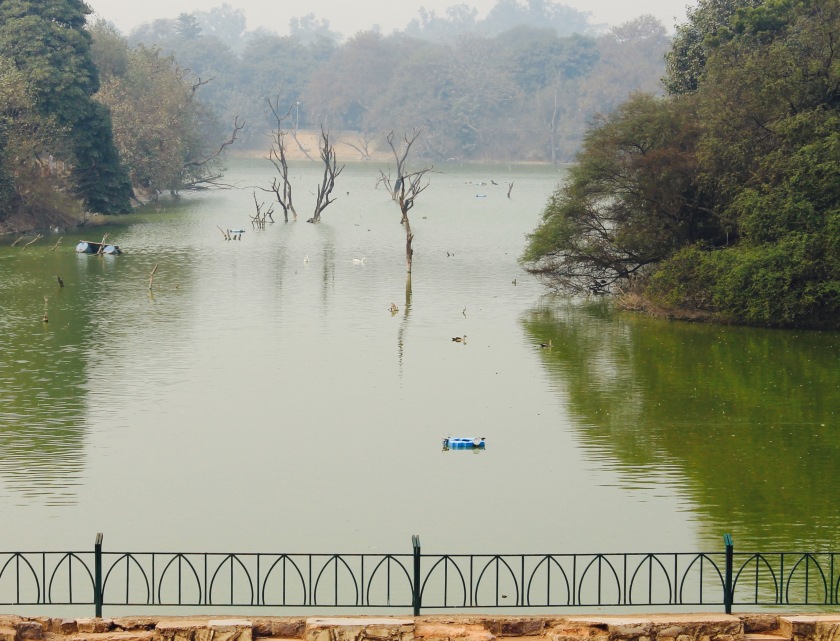 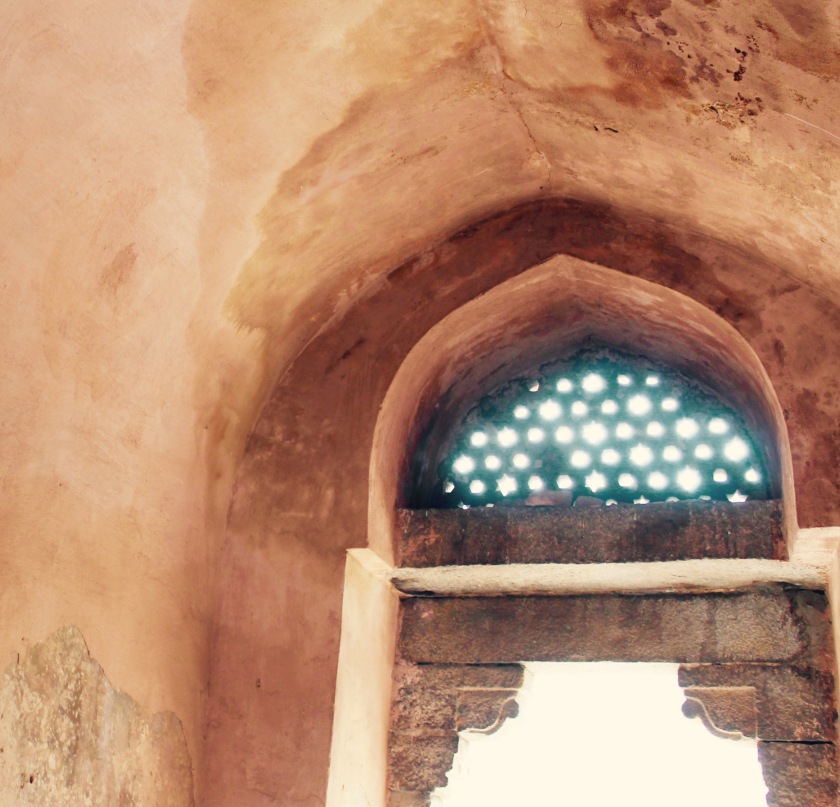 I also (accidentally) walked round the back streets, I won’t say slums, but they were a contrast to the affluence of some parts of the village. I mean 5 minutes from where people were sipping expensive lattes in Starbucks there were families doing their washing on the street, feral dogs and cows sucking ON THEIR OWN UDDERS (I did not know this was possible but I have seen it – anyone know if that’s normal?).

The people are all really friendly and happy though, and although they live in poverty they’re all upbeat. Or maybe that wasn’t even poverty that I was seeing… It might have just been a normal Indian community. I dunno. Whats striking is the litter, it’s rife, and it is dirty but then contrasted with these beautifully dressed people and bold bright colours. Cray. 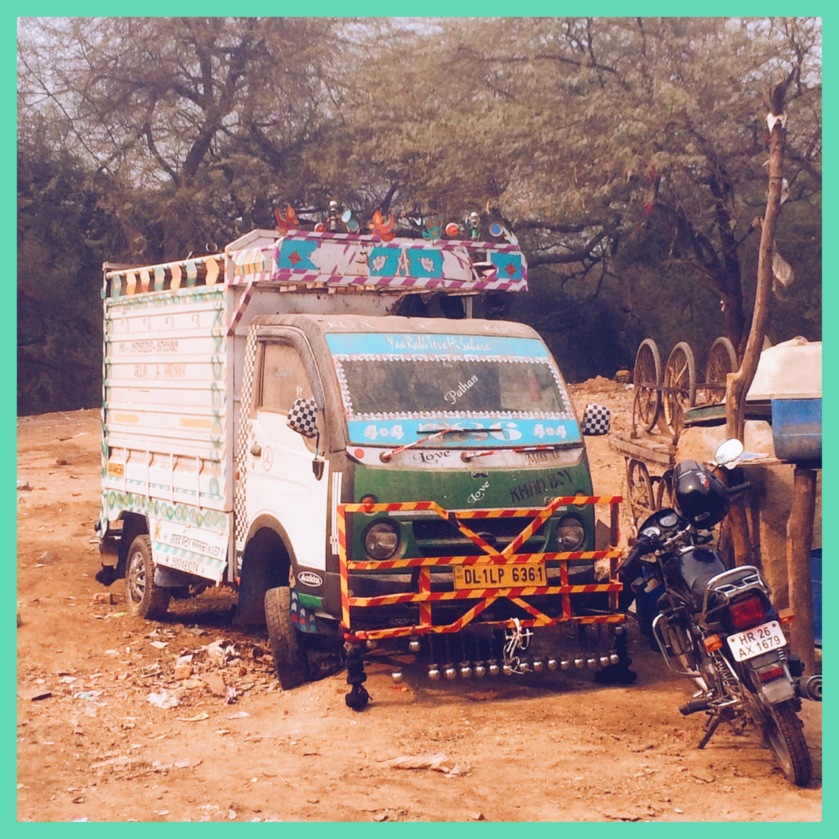 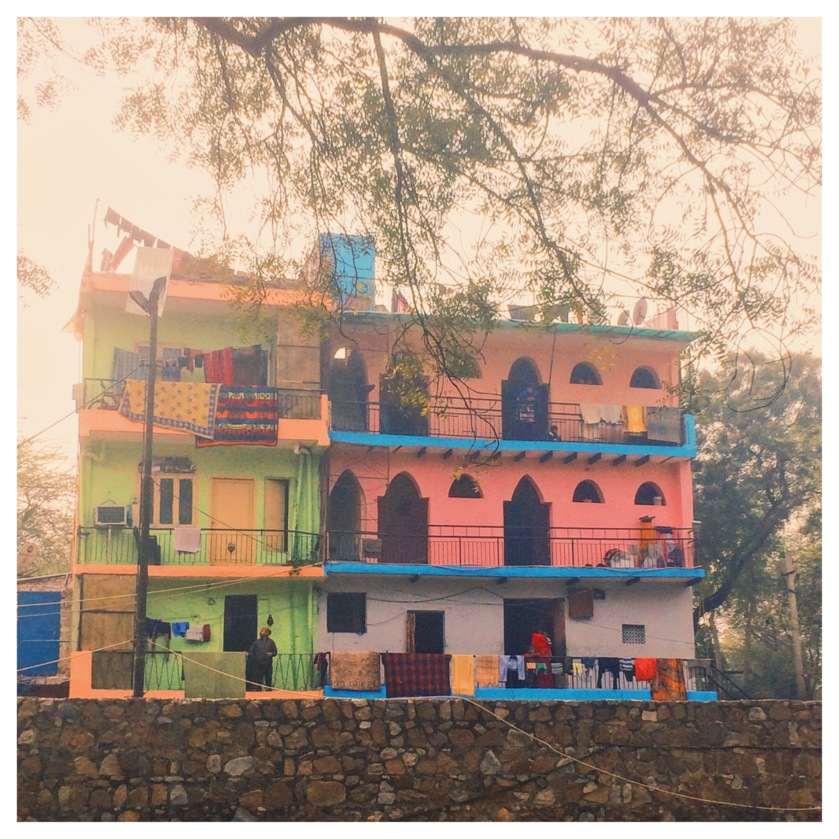 Definitely one of Delhi’s cooler areas, and if you’re a Shoreditch Shorebitch at heart like me, it will appeal to the hipster in you! I loved it. 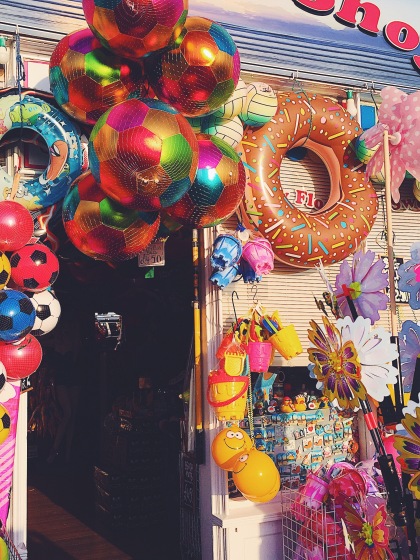